How we have become the leading private UK football academy 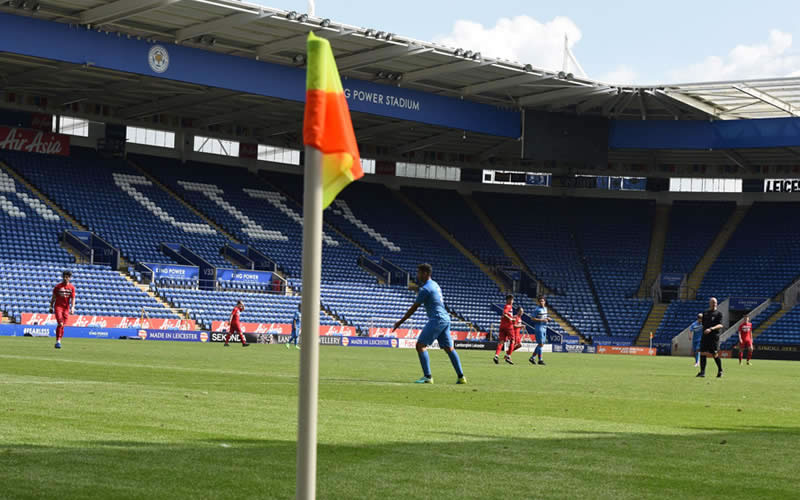 The International Football Academy is the UK’s first private football academy. We cater for football development whilst providing the opportunity to gain educational qualifications. The football courses incorporate intensive football training, FA chartered matches, intense pyshiotherapy and fitness regimes, as well as learning about other aspects of the game. The success of the Academy has seen many players introduced to the game since its inception in 2007, with many of those going on to find success playing professionally and semi-professionally within the UK and Overseas.

Read about how we have gone on to become the leading private UK football academy on our snapshot timeline below.

Over 120 players attended two summer camps and over 50 students commenced the full-time course resulting in the Academy increasing it’s capacity for the residential and football facilities. The Academy’s football team was renamed from FCV Reds to FCV Stamford and released a new club crest.

Brandon Taverner signs for Sky Bet League One side Oxford United on the back of a successful two year course at the Academy.

A record number of students join the Academy.

There is a record eight international call-ups for Academy players during the 2016-17 season.

The Academy continue to deliver the succesful LFE Assessment Trials for released scholars and pro’s.

The FCV Academy re-locates to its current home in Stamford, utilising the brand new facilities at the Borderville Sports Complex and acquires the Garden House – a boarding house located in the centre of historic Stamford for its players on an exclusive basis.

Former Premier League and Uruguay international footballer Gus Poyet delivers a coaching session at FCV. The Chelsea and Spurs legend and current Bordeaux coach praises the set up, saying “It was a pleasure to coach the FCV Academy players. The facilities are fantastic and the Academy is run very professionally.”

FCV are featured on BBC One as part of the ‘Match of the Day Kickabout’ programme. The programme centred on an FCV Trials Day to highlight the opportunities the trials provide by performing in front of scouts from professional clubs in the UK.

FCV holds some of its training sessions at St George’s Park, home of the England national teams and plays some of its competitive matches at the 32,000 capacity Ricoh Arena in Coventry.

FCV delivers the ground-breaking ‘Search for an Asian football star’ project for TradeNext, giving young Asian footballers in the UK’s three main cities an opportunity to progress in the game.

FCV International Football Academy increases its annual fees to £20,000, and International Students make up 60% of the cohort for the first time.

A further project is delivered on behalf of Samsung – ‘Free Kicks for Kids’, with FCV delivering coaching sessions to over 16,000 children at 32 locations around the UK working with Chelsea FC.

Calaum Jaraldo-Martin becomes the first student to play for a Premier League side, joining Hull City just six months after completing a two-year course at FCV.

FCV re-locates to Steel Park, Corby, utilising a brand new state of the art football stadium and taking a wing at the Best Western Hotel on the Rockingham Triangle site.

Academy fees increase to £18,000 per annum and the number of International Students rises to 40%.

FCV holds one of its many Trials Days at Stamford Bridge, home of Premier league giants Chelsea.

Sam Conway becomes the first student to join a professional club outside of the UK, signing for FK Banik Most in the Czech Republic.

FCV begin working for Samsung, running their ‘Win a Pro’ national competition as featured on BBC’s ‘Football Focus’, ESPN and Sky Sports. The success of this competition led to it running for a further four years, culminating in a three part series on Sky Sports.

FCV run a series of Trials Days throughout 2009 at professional clubs such as Newcastle United, West Ham United, Norwich City and Coventry City, and these are attended by over 600 players and 75 scouts.

FCV are used by Nivea For Men to run their ‘Weekend Wonders’ campaign in association with Four Four Two, a national competition where two amateur football teams earned the right to play at Upton Park, former home of West Ham United.

FCV use all the experience, expertise and contacts it has developed over the last 7 years to create the FCV International Football Academy – the UK’s first private football academy. The FCV International Football Academy is officially opened by Manchester United and England winger Ashley Young in September, and was based at Nene Park in Irthlingborough, Northamptonshire.

A young Chris Smalling becomes a member of FCV, before later going on to sign for Manchester United for £10 million in January 2010 and feature several times for the England National Team.

The first Trials Day is met with great popularity, with hundreds of players going on to professional and semi-professional clubs for further trials, with many signing contracts.

The Trials Days received media interest from Sky Sports, BBC Radio, FourFourTwo magazine and many other national newspapers and magazines.

Trials Days and similar events go on to be held at over a hundred professional clubs, including Premier League giants Arsenal, Chelsea, Newcastle United and West Ham United, as well as at Football League clubs such as Reading, Leeds United, Wolverhampton Wanderers and Birmingham City. Furthemore, Trials Days are held in Scotland at Falkirk and overseas at MS Oslo in Norway.

FCV also gets endorsed by numerous professional clubs, such as Manchester United, Chelsea, Liverpool, Newcastle United and Manchester City amongst many others.

FootballCV was a website designed for players to register their CV’s and included an opportunity to list their footballing abilities. These details were placed on the website for managers, scouts and coaches to view. This site achieved immediate initial success, however the founders of the site were determined to do more to help the future players, leading to the creation of the Trials Days. 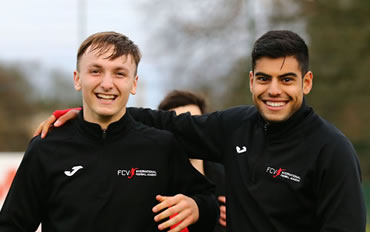