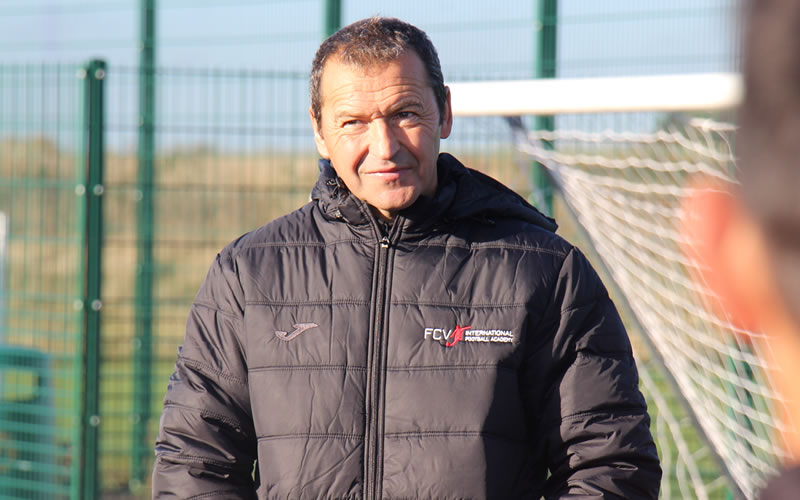 As footballers and coaches up and down the country start preparing for the new season, we thought it’s an ideal time look back at the expert guests who have visited FCV International Football Academy.

Over the years, current or former professionals in the game have regularly been drawn to Stamford to share their expertise with students at the Academy, through running practical sessions or providing engaging talks.

Through this, FCV Academy have exposed students to knowledge from a combined total of over 4,500 matches at club level and 200 international caps.

Some of the special guests have played and coached at the highest level; Gordon Strachan managed Scotland for over four years and Gus Poyet led top-flight teams in England, Spain, Greece, China and France.

Another FCV Academy visitor, Colin Calderwood, is set to embark on his first full season with Cambridge United in August. He was appointed in December following an impressive playing career that saw him amass almost 800 run outs, including 189 in the Premier League

He is just one of eight special guests who have played in the highest division of English football, a list which also includes Steven Pressley and fellow centurions Gerry Taggart and Olivier Bernard, as well as Strachan and Poyet.

Pressley, who surpassed 30 caps for the Scottish national side, was hired as Carlisle United’s manager in January – league rivals to Calderwood’s Cambridge.

Taggart collected over 50 international caps for Northern Ireland and sharing his experience at FCV Academy has proved extremely helpful for students, as some have gone on to represent their own countries.

Meanwhile, Frenchman Bernard is currently using his wealth of experience as owner and CEO of Durham City, after buying the club in 2013 with intentions to develop young footballers in the region.

This selection of successful footballers also includes Chris Sutton and Tony Cottee, who are both familiar faces from the media profession, having each made over 200 Premier League appearances before hanging up their boots.

These two former strikers have knowledge from over 1,200 matches between them and use their acquired knowledge to analyse the game across television and radio.

Another expert guest is set to visit FCV this summer – former Nigerian international Peter Odemwingie will travel to Stamford and talk to students on 14thAugust as part of our week-long Summer Camp.

The former West Bromwich Albion player will provide even further understanding of the game having played in the FIFA World Cup and Olympic Games for his country – another priceless insight for young footballers.