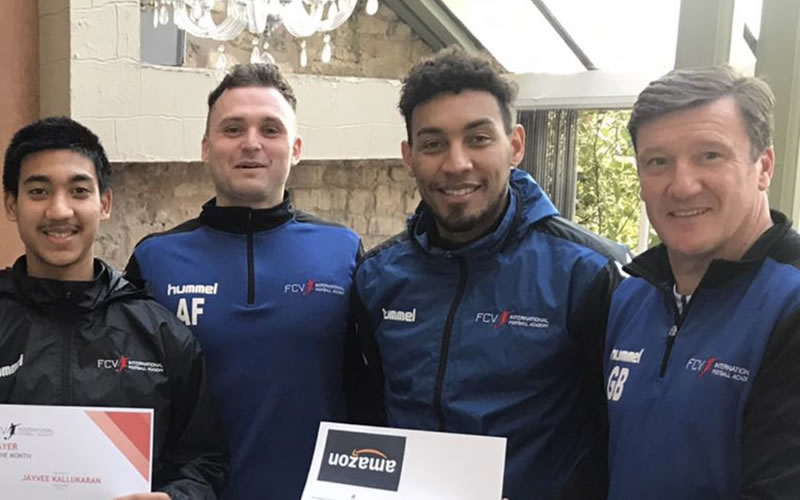 New FCV Academy Coach Shane Clarke joined the academy just over a month ago and has settled quickly into the role. The 32-year-old joins Ben Watts and Grant Brown as one of three lead coaches at the academy.

Clarke had supported the coaching staff previously during development camps and League Football Education events, so he started his new role knowing some of the students at the academy already. This certainly helped Clarke get up to speed as did his relationship with current members of staff.

One of the main things Clarke brings to the role is his vast playing experience. As a former youth player at Lincoln City, Clarke went on to play 75 competitive games for the first team.

Clarke is a powerful midfielder and someone who is a natural leader on the pitch, but says it was the idea of management that led him to become a player rather than the other way round;

“I’ve always had an interest in the idea of coaching and managing, even before I knew I wanted to be a player.”

After his time with Boston, Clarke secured a move to Tamworth where he spent two years in what he calls “the most enjoyable period of his playing career so far”. The new coach now finds himself back for a second spell at Gainsborough Trinity and continues to enjoy his football there whilst getting stuck into his responsibilities at FCV Academy.

The academy provides students with a professional environment in which they can develop their football and it is this level of professionalism that made Clarke apply for the role;

“The role has come at the perfect time for me, I certainly have aspirations to go into management at some stage and this will help prepare me for that.”

“One of the standout things about the academy is the facilities, it’s run like a professional club. In fact, it is run to an even higher standard than some of the clubs I have been at in the past.”

Clarke considers himself to be an approachable coach and is focused on helping the students at FCV Academy develop their overall game. After spending the first few weeks settling in he is looking forward to working at the academy for the foreseeable future.