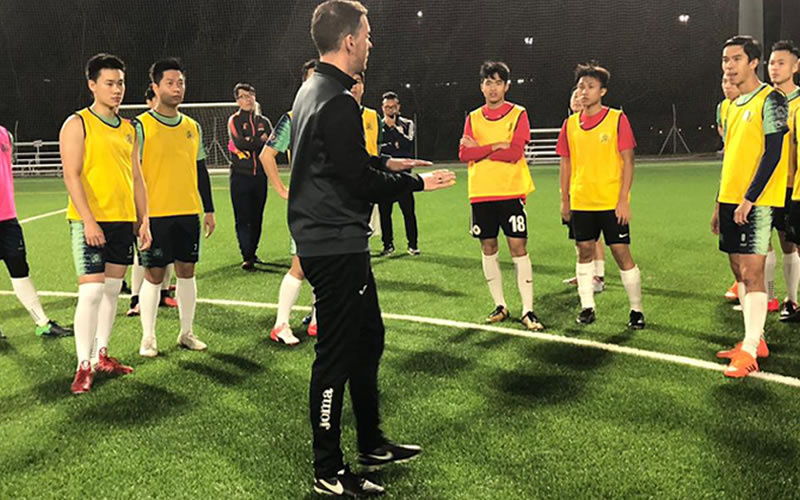 2019 kicked off with an exciting start with FCV Academy making a first time visit to Hong Kong to deliver a range of training sessions to both players and coaches and meeting with various officials within the football industry.

During our time in Hong Kong, Head of Talent Development, Ben Watts was exposed to some of the finest youth football around and was given an insight to the level of football being both coached and played.

FCV Academy was also invited to watch a division one fixture with several youngsters both impressing and catching the eye of our Head of Talent Development. Further to this, Ben attended a match between Dreams FC v Southern District at The Hong Kong FA Headquarters which led to Ben delivering his own sessions giving a taste of his authentic training sessions and styles and ultimately what can be expected when joining a course at FCV Academy.

Whilst delivering his sessions Ben was also running an incentive: giving two players a short scholarship on one of our 2019 summer camps – looking for players who demonstrated a clear desire to grow, learn and develop their game further, and showcased a range of transferable attributes from hard working and tactically aware to being approachable and displaying genuine interest in the opportunity to come to the UK to develop further with FCV Academy.

“The visit to Hong Kong was thoroughly enjoyable,” explained Watts. “Eddie Chan [former FCV employee and project consultant] put together a brilliant schedule and his knowledge and information throughout the trip was invaluable, and proved to be extremely beneficial.

“We met with some enthusiastic and willing coaches and people who are trying to improve the stature of football in Hong Kong. As well as the players, every person involved in football away from the pitch was very keen on [supporting] what we are trying to achieve at FCV Academy.

“The sessions and fixtures we were lucky enough to watch were of a very good standard with certain individuals standing out. We look forward to developing our relationships there.”