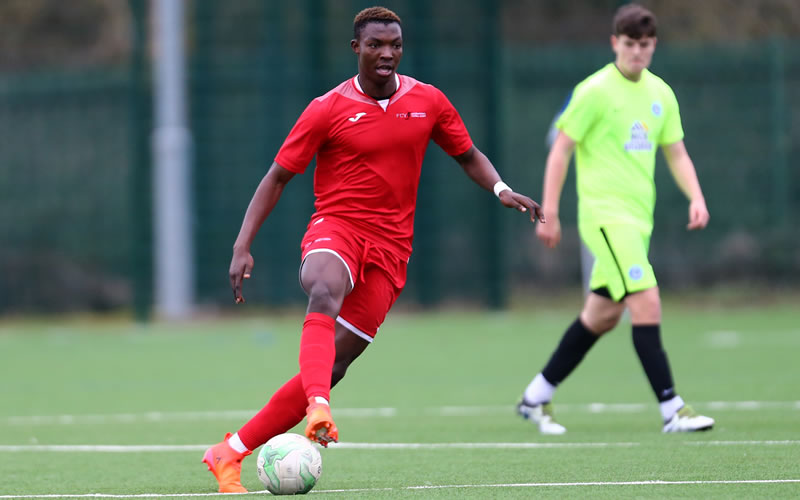 Rudolf Blagogee (Ruddy) joined FCV Academy back in September 2016 on our full-time football and education programme. The talented left winger certainly had natural ability but there were still certain elements of his game that could be improved.

However, by working hard with our coaching staff, he was able to improve his understanding of the game and take his football to the next level.

Ruddy was rewarded for his hard work by receiving a call up to Ghana’s U17 side for the African cup of Nations while still with us at the academy. He just missed out on the final 23 man squad but was delighted with the achievement of being selected.

Following more hard work with us at FCV Academy he was then named in the provisional Under 17s world cup squad for his national team. This capped an amazing two years at the academy. When speaking of Ruddy, FCV Academy Coach Grant Brown still remembers his ability when he first arrived and the attributes he has as a player.

“Ruddy is an exciting player, tall, quick, strong, good on the ball and can go past people easily. He was very confident when he first arrived and made good progress during his years with us.”

After graduating from FCV Academy Rudolf then signed with Croatian first division team, NK Osijek in September 2018. However, he was only in Croatia for a few months as in early 2019 Sporting Lisbon came calling and Ruddy signed for the team in January. While at Sporting Lisbon he impressed scoring against both Porto and Braga and mixing well with his teammates.

The 19-year-old now faces another challenge after his most recent move to his new side MKF Karvina. He will hope to stay here for a longer period of time after being with a few different clubs over the last 12 months but first, he will have to acclimatise again to a new country, league and way of playing the game.

Coach Brown has no doubt that he will be able to do this and that his time at FCV Academy will have prepared him well for different types of football in different leagues.

“The environment we create at the academy helps the players get used to different cultures and different nationalities.

Having shared a dressing room with players from all over the world while he was here, I am sure that has prepared him for the situation he is in now at his new club.”

Everyone here at FCV Academy will continue to follow Ruddy’s progress as he continues to climb the footballing ladder and we all wish him success in the next stage of his career.

Dream of being a professional player yourself? Start your journey with FCV Academy, develop as a player and follow in the steps of our former students.