First collaboration with NYFA off to a solid start 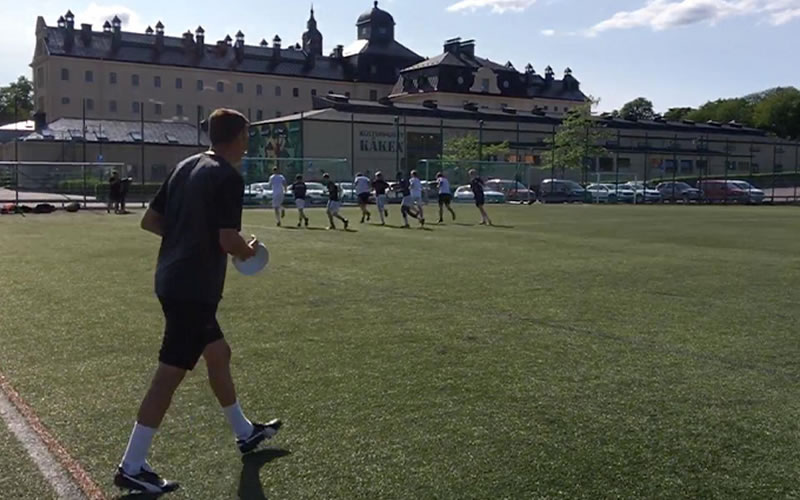 First collaboration with NYFA off to a solid start

The National Youth Football Association in Sweden recently invited FCV International Football Academy to help with preparations for the Borås Festival in August.

NYFA are organising a festival of football which will see 30 local Swedish footballers aged between 16 and 18 play against some of the best academies across the continent. FCV Academy lead coach Ian Sampson made the trip to Scandinavia, where he linked up with NYFA’s Owen Southgate and Leo Carlsson to deliver a week-long development camp in June.

“NYFA are organising a city team, where they are taking boys from grassroots clubs to play against Liverpool under-16s and other European teams,” Sampson explained. “And the time I spent coaching out there last week helped identify players for the Liverpool game in particular.

“It is always a good experience to coach children that are from a different nationality and Sweden was a great place for me to enjoy what I do in a different environment.”

In the first couple of days, he led a variety of sessions for boys at a local club in Borås, before watching Qviding FIF play in Gothenburg. Sampson and NYFA followed this up by delivering double sessions over the next few days for two different groups – in Borås during the day and Gothenburg in the evening.

On the final day, Sampson presented three boys with the opportunity to visit Stamford and attend one of FCV Academy’s summer camps, which proved to be a difficult decision given the high standard displayed from all the boys throughout the week.

“It would have been easy for me to take all of them,” he said. “So, I was looking for a personality, someone who stood out on a leadership sense.

“In England, we have slightly different footballing ideas compared to Sweden, so it’s nice for them to get a mix of coaching, and they responded very well.

“It was a super trip, and fantastic to see the elation on the boys’ faces when they were given the opportunity to come over here. They’re really looking forward to it.”