FCV Stamford off to a solid start 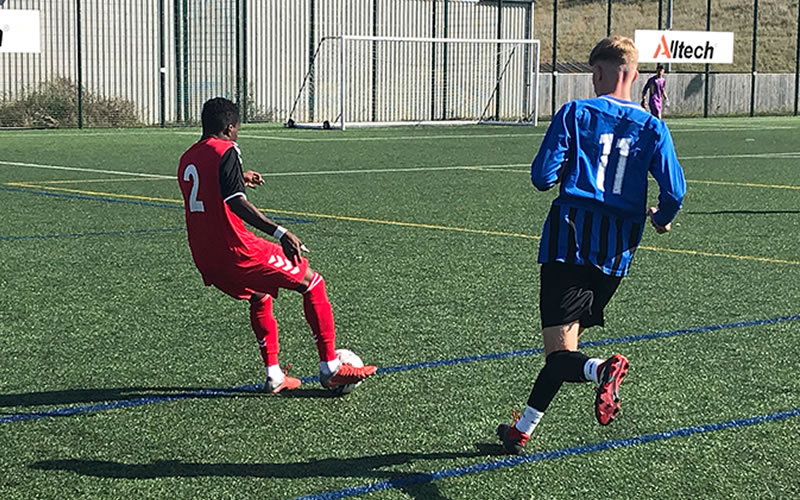 FCV Stamford off to a solid start

The FCV Stamford players have made a good start to the season, scoring lots of goals and performing well in our competitive fixtures.

A new cohort of full-time students arrived at FCV Academy in September and like every year had a few weeks of training to get up to speed before FCV Stamford’s first competitive fixtures.

The players worked hard, and it paid off as FCV Stamford won both of their pre-season friendly games, scoring 10 goals in the process.

The competitions that team are taking part in this season are the English Colleges League, Midland Football League U21 and the National League U19 Alliance. The last of these competitions was particularly successful for the team last season as FCV Stamford finished as one of the top four teams in the country.

The players continued their pre-season form into the start of the new season winning their first three games in a row. The standout performance in this run was a 7-1 victory against Long Eaton United in the National League U19 Alliance.

This was the perfect way for the team to start the competition that they are looking to go the distance in again this season.

A dip in form

Towards the end of September FCV Stamford were unlucky with injuries to key players and were on the back foot for the next few games. This was highlighted as the team lost two of their next three fixtures.

There were however some positives to take from these games particular from an attacking perspective as the team continued to score goals.

A busy start to October

The start of October saw the team play five matches in seven days and pick up some important wins.

The first of which was a 10-1 victory against Frickley Athletic which restored confidence to the team after an inconsistent run. The next victory came seven days later against Lincoln College in a closely fought game ending 3-2. This was followed up by a dominant performance against Rushed Diamonds U19 in the National League U19 Alliance and FCV Stamford finished as 7-1 winners.

Overall, the players have made a good start to the season picking up eight wins from a possible 14 and scoring in all but two of their matches.

Looking ahead at the run-in towards Christmas however, the team will want to continue their devastating goalscoring form while making sure they improve defensively.

The coaches have been working hard with the players on the training pitch to achieve this and there is no reason why the team can’t be in the mix come the end of the season in all competitions if they continue to work hard and learn from their mistakes so far.

If you want to play for FCV Stamford and be part of FCV Academy you can either send an email to ‘info@internationalfootball.academy’ or secure a place via the FCV Academy website: fcv.link/full-time