FCV players test themselves against League One academy side

FCV recently travelled to the training ground of Lincoln City for a friendly fixture against their academy side. 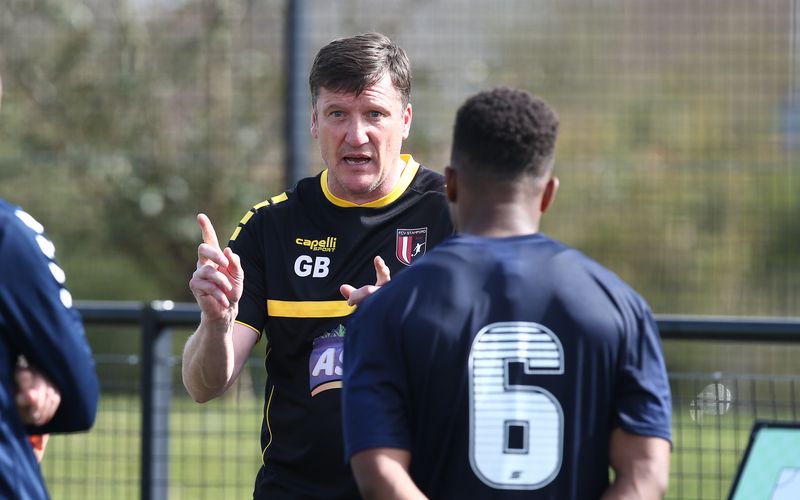 FCV players test themselves against League One academy side

FCV recently travelled to the training ground of Lincoln City for a friendly fixture against their academy side. The opportunity to play against a professional side provided a valuable experience for the FCV u21s.

It was a fast start for Lincoln when they broke through the defence and Geoff Ojango made an excellent last-ditch tackle that was deemed a foul by the referee to the surprise of everyone. The free-kick was hard and low into the bottom corner beating Milai Perrot in goal.

FCV were soon on the attack through Matt Francis who beat his man confidently before fizzing a ball across the six-yard line begging for a touch. Following some great play down the left-hand side, Alexis Castellanos was the first to test the Lincoln keeper who saved comfortably. The keeper quickly launched a counterattack with one long ball over the top, where Lincoln’s striker broke free and slotted the ball into the top corner.

Academy top goal scorer Henry Beedham was forced off with a calf injury, where the pressure continued to mount as Lincoln’s number 4 hammered the crossbar with a strike from 30 yards and Perrot was called into action to make a remarkable save from close range.

The injury woes continued for FCV as Geoff Ojango was forced off following a clash of legs on the halfway line. Despite the issues at the back, Francis was back in action as he beat two men before picking out Avela Makuani who was unable to convert a glorious opportunity. FCV continued to grow into the game and started controlling possession in the opposition’s half but failed to create more clearcut chances. Despite two great opportunities, FCV were 2-0 down at halftime.

The second half started like the first, with Lincoln testing Perrot’s goal and Francis causing issues down the left. The Lincoln press caused more problems and put them three up as their striker won possession before drilling the ball into the bottom corner.

After a quiet 20 minutes, a long throw down the line from Mathew Nzewi landed at the feet of Hakija Kahrimanovic who picked out Francis, after a great run behind the defence gave him the space and time to put the ball into the back of the net confidently. This goal was the least FCV deserved in a highly competitive game.

Any signs of a comeback were thwarted, after the referee made another controversial decision. Nzewi won the ball excellently with a last-ditch challenge. However, to the surprise of both sides, the referee awarded a penalty. The penalty was converted with a few minutes left on the clock.

Despite the defeat, FCV players remained upbeat and will look to use this experience as they head into the final few months of the season.