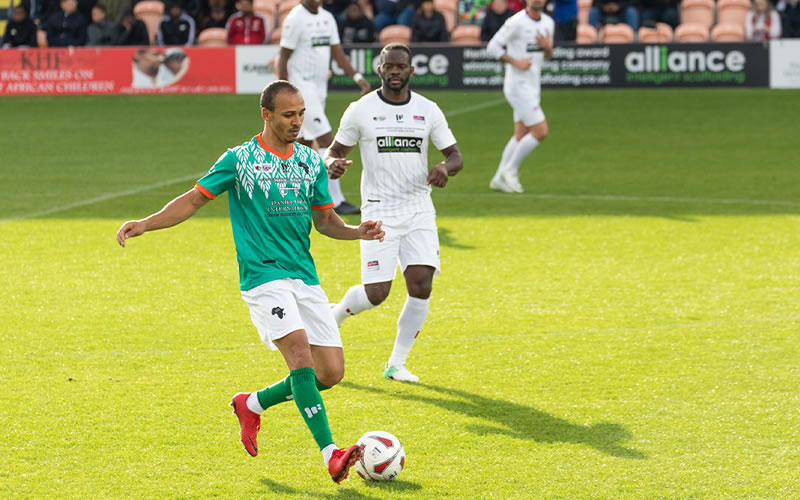 This will take place on 14th August where he will give a presentation followed by a Q&A session, and then in the afternoon, he will also spend time working on the pitch with the players.

Odemwingie began his football career in Nigeria and at the age of 17 made his professional debut for Nigeria Premier League side Bendel Insurance. He went on to play in Belgium, France, Russia, England and Indonesia before announcing his retirement in April 2019.

He also made 60 international appearances for Nigeria, winning a silver medal with the team at the 2008 Olympic Games.

Odemwingie is looking forward to visiting FCV Academy, sharing his experiences with the players and helping them improve aspects of their overall game.

For those who want to meet Odemwingie and develop their football this summer, there are still places available on our one-week Development Camp running from 11th to 18th August.