Grant Brown has been inducted into Lincoln City's Hall of Fame 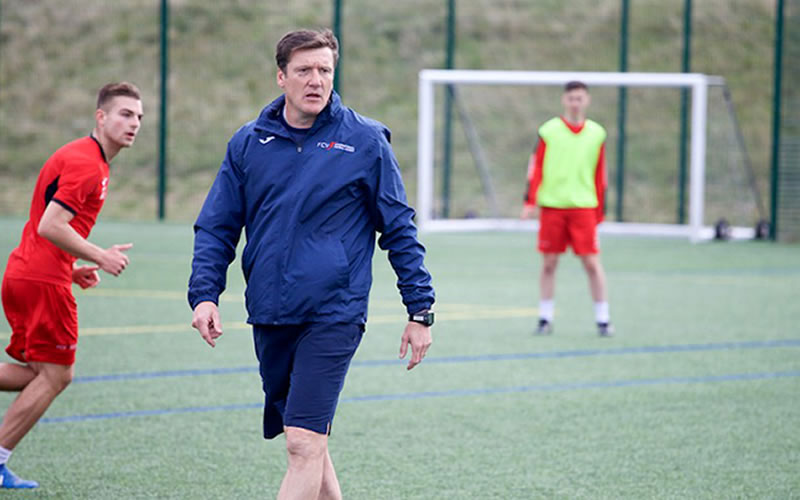 Grant Brown has been inducted into Lincoln City's Hall of Fame

FCV Academy manager Grant Brown enjoyed a weekend to remember when he was inducted into the Lincoln City Hall of Fame ahead of their match against Cheltenham Town on Saturday.

The former Imps centre-half is the club’s record-appearance holder having run out 469 times, and received his accolade in front of a sell-out crowd at Sincil Bank.

“I feel a great sense of pride and honour,” smiled Brown. “I’d been involved with the football club for 30 years.

“Walking out onto the pitch just before kick-off and hearing the applause and the old chants that I used to have when I was playing brought back some great memories.

“My family was there too, so it was brilliant and will live with me forever.”

Brown was part of the side that won promotion to the third division in 1998 – the last time Lincoln had reached that level. It was therefore rather fitting, in the match that followed Brown’s induction, the Sky Bet League Two side went on to secure their spot in the third tier once again.

After hanging up his boots, and before joining FCV Academy, the 49-year-old spent his time at Lincoln working as a coach, in leading roles at different levels within the club, including three spells as caretaker manager.

“In the youth department, you are trying to develop players, but when you are working with the first team, it’s also about trying to get wins. You live and die in the professional game by results.

“Here at FCV Academy it is about seeing little things we’ve worked on in games and training, and seeing the player improving. You can take a great deal of satisfaction from that.

“We pass our knowledge on that we’ve earned over the years and onto the players, so they can develop to as good as they can be.

“It’s a great environment at FCV Academy to learn.”