An update on former students of the Academy 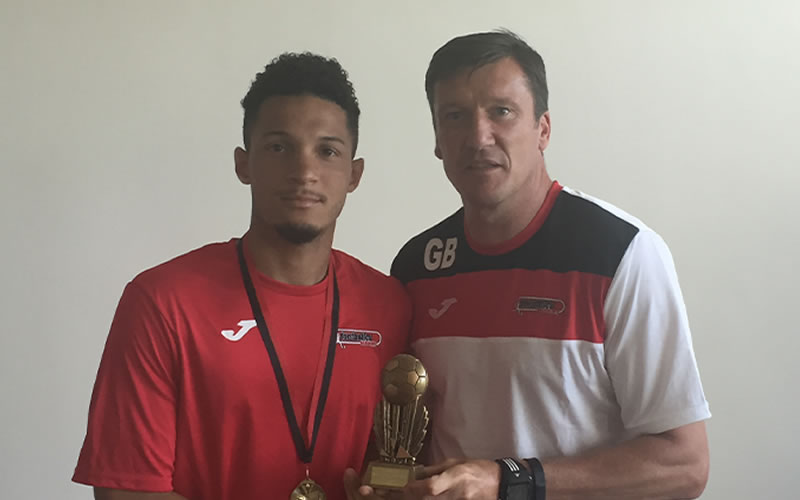 Zelfy Nazary was selected for the Afghanistan national team ahead of their FIFA World Cup Qualifiers.

Having made 33 appearances for Port Vale during the 2018/19 season, Emmanuel Oyeleke extended his contract with the Sky Bet League Two side to keep him at the club until 2021. Read more…

Kyle de Garis was part of the Guernsey national side that finished runners up in the 2019 Island Games and kept a clean sheet on his debut.

Zelfy Nazary switched to Western Pride FC in June and came on as a substitute for the Afghanistan national team in an international friendly against Tajikistan.

Kyle de Garis was named as Goalkeeper of the Month for March in Total Motion Midland Football League U21 West division.

The British Virgin Islands included Robbie Green in their squad for their CONCACAF Nations League qualifiers for the second time; he marked his first full 90 minutes with two assists against Turks-Calcos.

Now with Skelmersdale United, Oliver van Veen returned to action ahead of schedule after sustaining a serious injury in an Evo-Stik League match against Kendal Town in December, which had forced the match to be abandoned. Welcome back Ollie.